Our Partners in Cordoba! 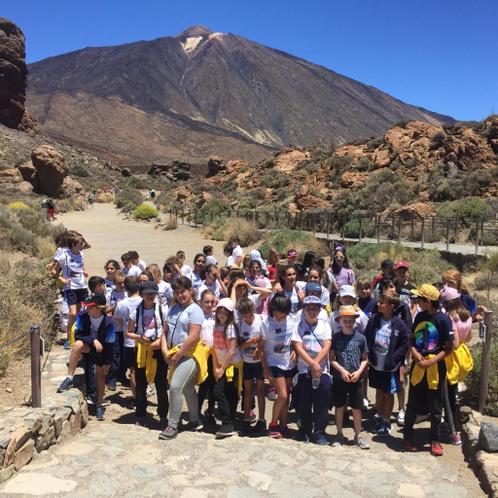 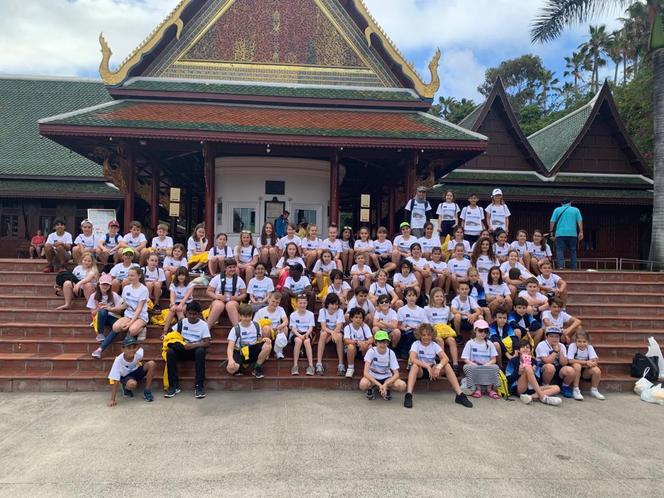 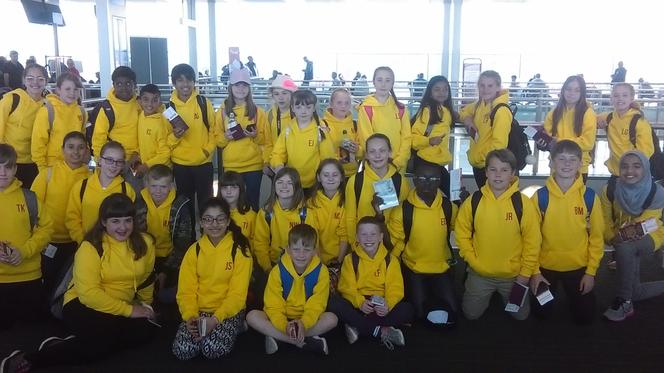 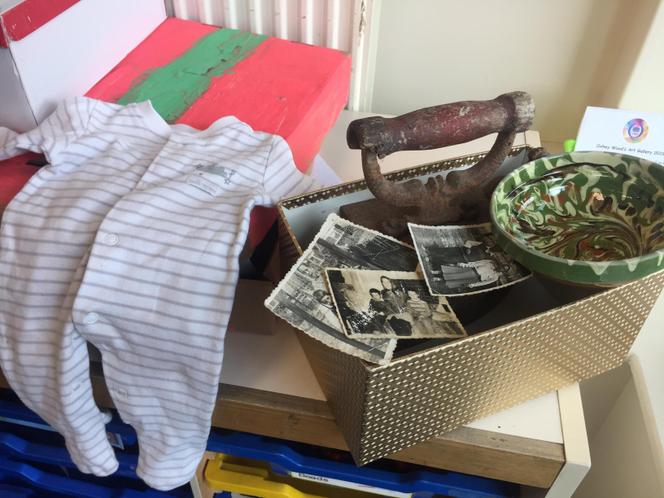 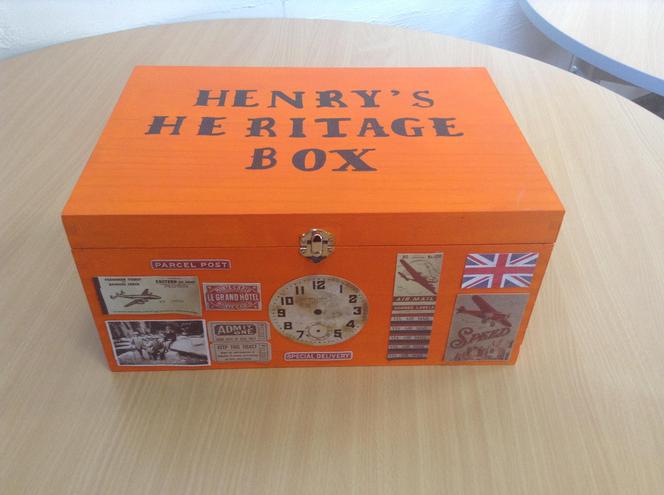 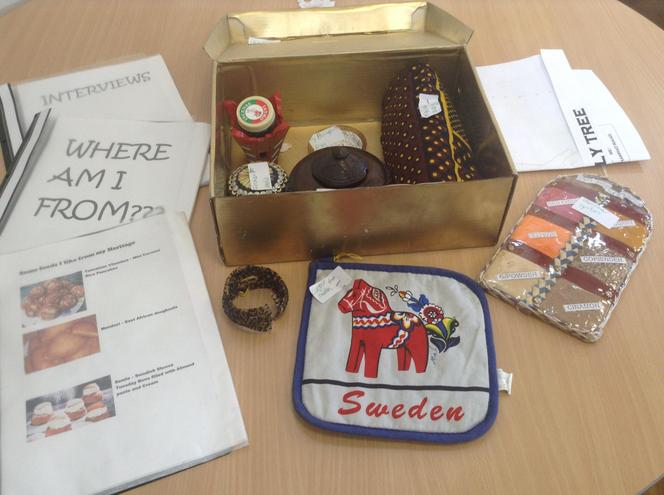 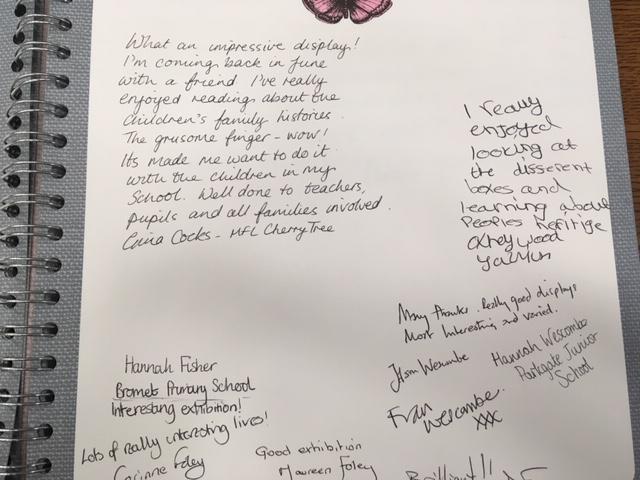 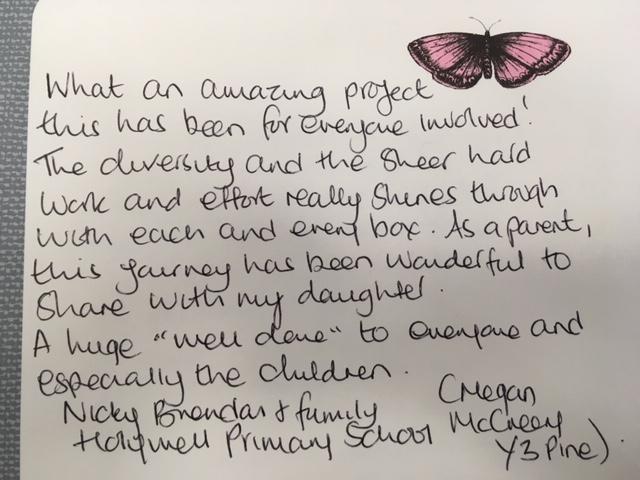 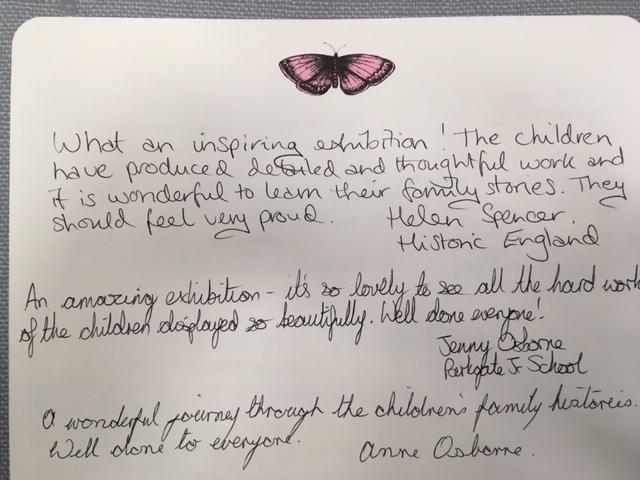 WHO DO WE THINK WE ARE?

Following a successful bid in March of last year for EU funding which resulted in the awarding of an unprecedented grant of almost 200,000 Euros, four Watford primary schools have had an exciting year working together on an international cultural heritage project called “Who Do We Think We Are?”

Bromet Primary School is leading the project which is co-funded by ERASMUS+. It involves six schools, four in the UK (Bromet, Oxhey Wood, Parkgate JM and Holywell) and two schools in Spain (in Tenerife and Cordoba).

The aim of the project is to broaden pupils’ horizons whilst celebrating who they are and where they come from. To do this the children have been given opportunities to discover their personal family stories, to learn about their local heritage and to consider how this relates not only to a shared national story but also an international one.

We have implemented a wide range of activities across all schools. Every class has been linked to a class in Spain and has spent the year exchanging information, completing projects and sharing learning. Here are some of the activities we are particularly proud of:

In every school, each child created a “Heritage Box” telling their personal family history. The boxes were as diverse as the children themselves, filled with stories, photographs, strange objects, heirlooms, handed down recipes, maps, family trees, interviews with older family members, even family secrets and quirky “myths”. The boxes were shared proudly with peers in their own schools before being put on public display and shared with the wider community. Boxes were sent over from Spain and an exhibition was put on at the Watford Family History Centre which then transferred to Watford Museum. One of the most pleasing aspects of the project was that we soon realised it wasn’t just the children’s parents coming to see the boxes but extended family too: grandparents, uncles, aunts. We realised that the boxes were not just the work of the school children but that whole families had got involved in a way not normally seen with a school project. It had become a voyage of discovery for the whole family and many parents said that their heritage box would be something they would treasure and keep forever.

To discover our local history, each school worked with Historic England who provided CPD and resources such as old aerial photos, census material and newspaper cuttings to show the children how their area had changed over the years. The children went out on “Discovery Walks” around their schools often noticing old buildings, different styles of architecture, memorials and other “landmarks” for the first time before working on a project relevant to their own school. For example, Bromet School visited the local church to see the war memorials. They then researched the lives of local men who died in the First World War and (as part of the Armistice commemorations) the children wrote up the soldiers’ stories and uploaded them to the Historic England website as part of the national “Enrich the List” project. While Oxhey Wood School visited the Clitheroe Centre, a local Age Concern day centre where they interviewed the residents to hear first-hand how South Oxhey had developed down the years. These interviews were recorded to create an oral history of the area. Our work with Historic England has won each school a “Heritage School Award” – the first schools in Hertfordshire to gain this recognition.

Last but not least, an exciting part of the project has been that the funding has allowed a group of children from each school to travel to Spain as “Language and Cultural Ambassadors” on a five day trip to visit our partner schools in Cordoba and Tenerife and to meet the children they have been working alongside all year. Sixty Year 5 and 6 pupils were given an amazing opportunity to take their learning out of the classroom, to discover a new heritage, history and culture and to experience life and learning in a new environment and context. The Spanish schools made us incredibly welcome and organised a wide variety of educational and fun activities to bring the children together and to teach them the history and traditions of their particular region of Spain. The UK children returned from these visits with wonderful memories and many new skills: particularly foreign language skills, a new-found confidence and resilience, improved self-esteem and an enthusiastic and positive attitude to other countries, cultures and ways of living. The children then shared their experiences through a series of assemblies and presentations to their own school community, peers, parents, governors, and also the wider community through visits to other schools.

Overall, the project has been a wonderful opportunity to reach out beyond our individual school communities, to celebrate our diversity and to promote true intercultural understanding. In doing so we have created meaningful and lasting links across our schools, both in Watford and in Spain, There have been so many benefits, some planned and many unexpected. The project has shown the children that they have an important part to play as the future custodians of our cultural heritage and that respecting and preserving culture and heritage is part of our social responsibility. It has allowed our children to understand their place in the world, to take pride in where they live and where they come from. Teachers too have had new opportunities to work collaboratively across a variety of very different schools, sharing good practice.

Thanks to the hard work and commitment of all teachers and pupils it has been an exciting, memorable and unique exercise which is only half way through! Next year sees a second wave of “study tours” with a further sixty children having the opportunity to travel to Spain. There is funding for two members of staff from each school to travel to gain work experience in a different country and context. Finally next summer the Spanish schools will travel to the UK where our pupils will teach them about their local and national history, culture and heritage.

“It has been an amazing year, the whole school have benefited and we are looking forward to Year 2”